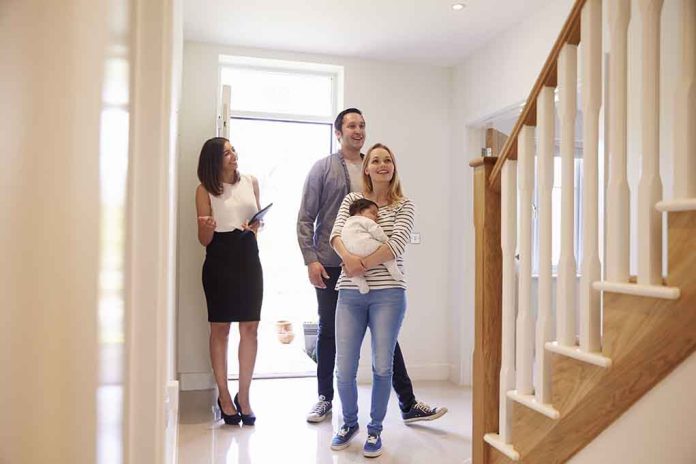 (RepublicanReport.org) – In 2021, mortgage rates hit an all-time low. Buyers with excellent credit found themselves shopping rates as low as 2.65%. The pandemic was still in full bloom, and the Federal Reserve was eager to see Americans spending again. The drop in rates and the opportunities it created drove a housing boom that swept through the nation’s inventory, with homes across the country selling with lightning speed, often for far more than the asking price.

Unfortunately, things changed fast. Rates in 2022 started rising with the cost of everything else, resulting in a mortgage rate jump that would price many right out of the market. At over 7%, mortgages, less than 2 years after the all-time-lowest rate, now stand at their highest since 2001.

Just like the drop in rates in 2021, the rise has everything to do with the Federal Reserve. The central bank determines interest rates for other banks, which in turn respond by raising or lowering their rates to customers. The fluctuation affects most types of secured loans, such as real estate, business, and automobile loans. The massive spike is a direct reflection of the Fed’s attempt to combat skyrocketing inflation by raising rates.

The difference in interest rates is definitely causing a slowdown. The housing market likely hit its peak in July and has since started correcting downwards, but the effects of the quick boom on prices and an uncertain inflation outlook will surely affect buying and selling patterns going forward.