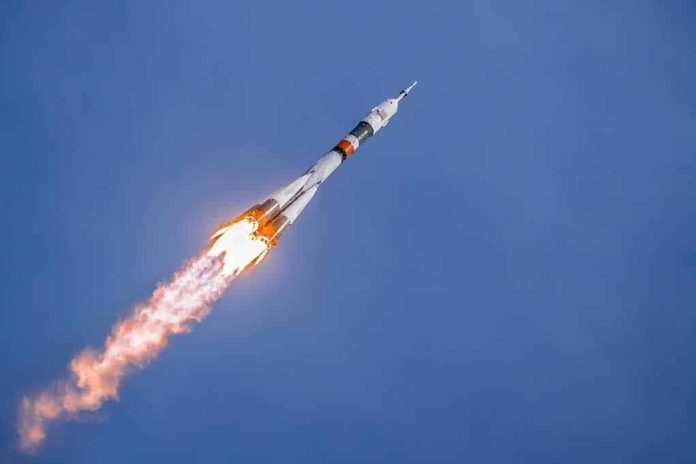 (RepublicanReport.org) – China and Russia pose a diverse range of threats to American interests. Russian groups were likely responsible for a spate of cyberattacks over this year, and China has expanded its nefarious digital influence of late as well. However, Americans also need to be aware of the more traditional military threat the two countries present.

On Monday, October 18, reports emerged that China had developed a sophisticated new hypersonic missile capable of carrying nuclear loads. A hypersonic missile can travel at more than five times the speed of sound. The rate of China’s progress in this area has taken US officials by surprise, with some claiming they could not figure out how the Chinese had come so far in this project.

American officials gathered this intelligence because China reportedly tested a weapon of this nature in August of this year, though Chinese government officials deny it. The missile went around the globe before missing its target by about 24 miles.

This revelation is the latest episode in the story around China’s growing nuclear threat. In June of this year, it came to light that the communist giant was secretly building around 100 atomic silos.