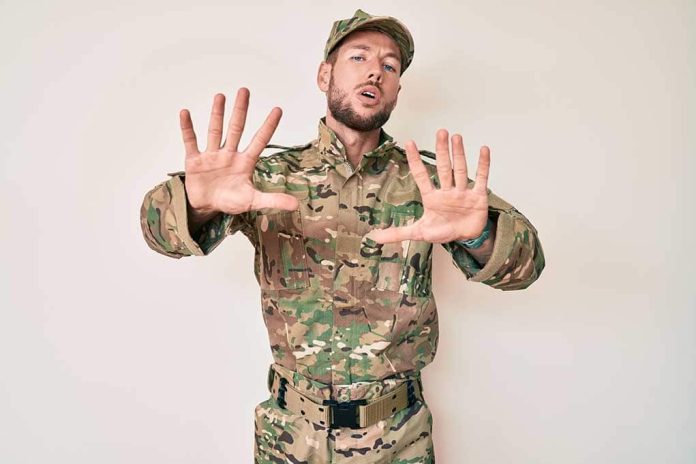 (RepublicanReport.org) – Critical Race Theory (CRT) has resurfaced in the media a lot in recent weeks after a number of states proposed legislation to ban it in classrooms. CRT is nothing new, though; the highly controversial belief system has been around for decades.

It essentially proposes that American society is racist. According to CRT, the white founders of America designed its systems of government to promote the dominance of their own race, at the expense of all the others.

One can see why this isn’t an ideal belief system for Americans to subscribe to, especially if they’re in the armed forces. On Monday, June 14, Senator Tom Cotton (R-AR) appeared on Fox News to discuss the threat CRT could pose within our military ranks and proposed a means of dealing with the problem.

We've received hundreds of whistleblower complaints about critical race theory being pushed on our soldiers.

The problem is real—and worse than we thought.

Sen. Cotton’s idea centers around military promotions. As the Senate must confirm promotions from the rank of first lieutenant upward, he thinks his chamber colleagues could identify unsuitable individuals and refuse to recommend them for promotion. He feels those officers who have been “dancing to the tune” of the Biden administration on the topic of Critical Race Theory might require a “more careful look” from lawmakers.

What Sen. Cotton wants to accomplish looks quite reasonable; the idea that Americans would promote military personnel who support and preach hate about the country they serve seems completely ridiculous.