(RepublicanReport.org) – The race for the GOP nomination for the next presidential election is already starting to heat up. Former President Donald Trump has implied he’s seriously considering another run for the White House, though he’s been reluctant to go into detail about his plans. Senator Marco Rubio (FL), Florida Governor Ron DeSantis, and former Vice President Mike Pence have also been mentioned as potential candidates.

One other name that has popped up is that of Senator Tim Scott (R-FL). He’s just had a big week in the news following the speech he made on Thursday, April 29 in rebuttal to President Joe Biden’s State of the Union address.

Commentators heaped praise on Scott for his words, commending his relaxed demeanor in front of the camera and the relatable, common-sense nature of what he was saying. New Hampshire Republican Party Chairman Steve Stepanek remarked that “great things are before him,” referring to the South Carolina senator.

Scott is currently the only Republican of African descent in the Senate. He also became the first black Senator from a southern state in over a century in 2013. He’s therefore uniquely positioned to address the overwhelming public concern about racism, and police violence against people of color in particular.

Scott is quoted as saying he knows “the pain of discrimination,” and “what it feels like to be pulled over for no reason.” He insists, however, that “America is not a racist country.”

The race for the next Republican presidential nomination already has a crowded field, though many will likely withdraw their names if Donald Trump confirms his candidacy. Tim Scott’s current priority, according to himself, is his Senate race next year. However, when a lawmaker starts to make waves in the media as Scott has this week, it’s usually reasonable to wonder if they’re plotting a path to the White House. 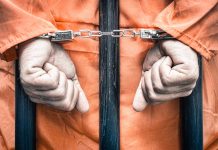 Gas Chambers to Be Reintroduced for Death Penalty 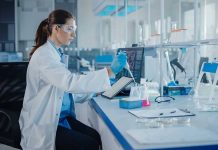 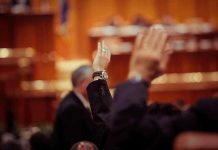 Democrat Leader Stands Up to Party in Act of Defiance

Gas Chambers to Be Reintroduced for Death Penalty