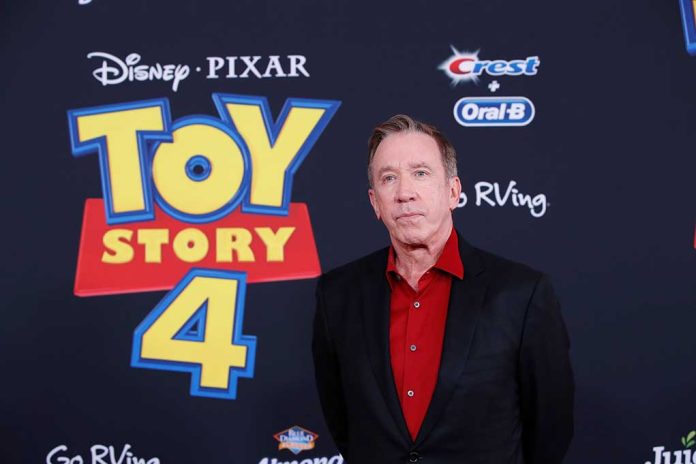 (RepublicanReport.org) – Actor and comedian Tim Allen, known around the world for his performances in films like the “Santa Clause” and “Toy Story” series, is also one of the few openly right-wing figures in Hollywood. In a recent interview with Fox News Digital, Allen complained about how changing social values have made it harder for comedians to do their job without fear of reprisals.

Allen stated that some of those comedians regarded as the greatest to ever perform in the space, such as George Carlin and Richard Pryor, would not be “allowed” to make some of their best jokes today. He claimed people were more concerned about “not being offended” than anything else in life in 2022.

However, Allen was not entirely downbeat about the state of play in comedy. He said he had not seen anyone in attendance at his shows get angry enough to “hurt [him] or yell out screaming.” He also mused that the current intolerance of comedy in society could just be a “phase.”

Allen insisted that even comedy perceived as offensive was not designed to hurt people. Instead, he claimed, it was to “get everybody together to laugh at this thing.”

Do you agree with the observations Tim Allen made about the state of comedy at the moment?