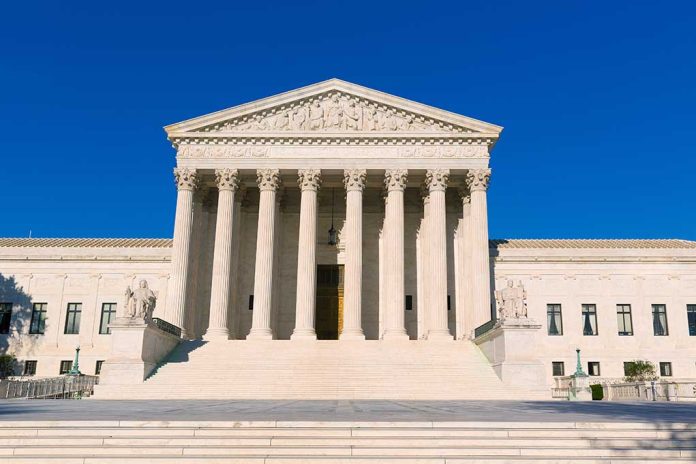 (RepublicanReport.org) – The US Supreme Court is in the midst of a busy term. The nine justices will have made critical rulings in cases dealing with hot-button issues, including abortion, gun control, capital punishment, and state secrets, by the end of the next few months. On Friday, October 29, the court made a consequential decision in a case regarding vaccine mandates.

On a 6-3 vote that saw conservative justices split down the middle, the majority ruled against an application for a mandate exemption on religious grounds. Nine anonymous healthcare workers, who didn’t want to receive a shot because of their religion, filed the suit in Maine, seeking to escape the state’s vaccine requirement.

Conservative Justices Clarence Thomas, Samuel Alito, and Neil Gorsuch all dissented. Gorsuch wrote a dissenting opinion that bemoaned a “double standard” that existed in the ruling, claiming that those seeking an exemption on religious grounds were receiving unfair treatment.

Gorsuch also claimed the First Amendment provided for religious exemptions of this nature and that leaders in Maine were failing to accommodate this.

The Supreme Court has already rejected challenges to vaccine mandates in Indiana and New York, though these cases did not involve religious exemptions.