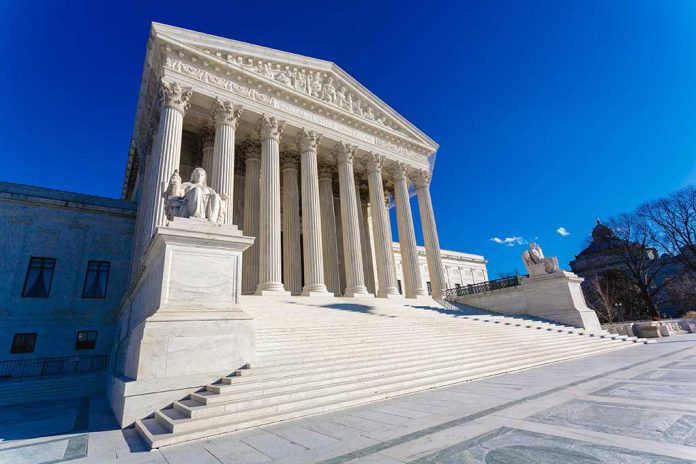 (RepublicanReport.org) – The US Supreme Court has been in the news a lot lately, perhaps most of all, for its ruling in Dobbs v. Jackson Women’s Health Organization. The historic decision handed the power in relation to abortion legislation back to individual states, sparking a fierce, contentious debate about the right to life of the unborn. Now, the highest court in the nation is once again preparing to reach decisions that will change the face of our society.

The case of Creative LLC v. Elenis deals with a religious website designer who refused to produce a website for a gay couple’s wedding. Under the Colorado Anti-Discrimination Act (CADA), businesses cannot refuse to serve customers because of their sexual orientation. Lorie Smith, the owner of the plaintiff business, contends the current interpretation of the CADA rule violates her rights to free practice of her religion and free speech under the First Amendment of the US Constitution.

Commentators have speculated this case is of even greater relevance in light of the SCOTUS decision in Dobbs vs. Jackson Women’s Health Organization. Some have drawn parallels between abortion rights and same-sex marriage, and believe this engagement with the topic of gay rights could eventually lead to a Constitutional reassessment of the legality of gay marital partnerships.

This dispute centers around election laws in North Carolina. Earlier this year, Democratic lawmakers in the state succeeded in a petition to the state supreme court to reject a new voting district map. Republicans sought to challenge the decision in the US Supreme Court, alleging the North Carolinian judiciary had overstepped its authority in contravention of the elections clause of the US Constitution. This provision grants the responsibility for prescribing the “Times, Places and Manner of holding Elections for Senators and Representatives” to state lawmakers.

The plaintiffs’ interpretation of the clause is known as the independent state legislature theory. Should SCOTUS uphold its complaint, it would strip state courts across the nation of their power to address redistricting disputes. Critics are concerned it could have a deleterious effect on checks and balances within states, handing lawmakers too much power to draw up districts as they see fit.

A decision in this case is not expected until next summer.

How do you think the nine judges on the Supreme Court bench will rule in these two crucial cases? Will their verdicts have positive effects on American society?