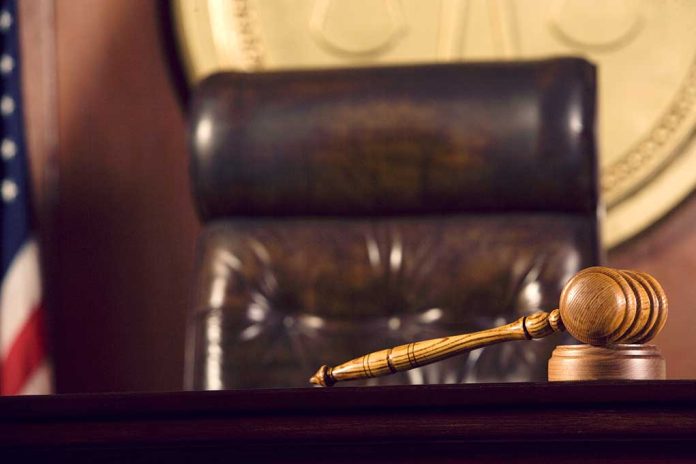 (RepublicanReport.org) – Policies in numerous liberal areas have led to lax punishments for criminals, with some states creating revolving doors for all but their most violent offenders. Many of the prosecutors who’ve contributed to this shift have had the backing of billionaire and self-proclaimed philanthropist George Soros. Now, one of them wants to let De’Quinn Le’Charn Hall, who was up against six felony charges for a violent armed assault at a bar in Virginia, walk free with a slap on the wrist.

De’Quinn Le’Charn Hall faced over 20 years in prison after he assaulted a bouncer and fired his gun into a crowded bar.

A Soros-backed Virginia prosecutor wants to let him walk.

Fox5 DC reports Hall became enraged when a bouncer wouldn’t allow him to bring his kids into a local bar. Video surveillance captured the man, in view of his children, hitting a stool and attacking the employee before brandishing a gun. Hall appeared to leave, only to reportedly return with his brother. The 29-year-old defendant allegedly shot through a glass door, with the bullet passing dangerously close to the employee he’d previously assaulted.

An offer from the Fairfax County commonwealth’s office would allow Hall to reduce his charges to a single felony firearms count, which the defendant could reduce to a misdemeanor if he remained out of trouble for the next three years.

Capital Research found the types of deals Hall received have become all too common in areas where Soros has focused his backing. The billionaire has seemingly left a wake of failed policy and increases in violent crimes in areas that need help the most. The progressive district attorney in Hall’s case, Steve Descano, has repeatedly come under fire for his policy to drop charges in nonviolent offenses including prostitution, indecent exposure, and shoplifting less than $1000.