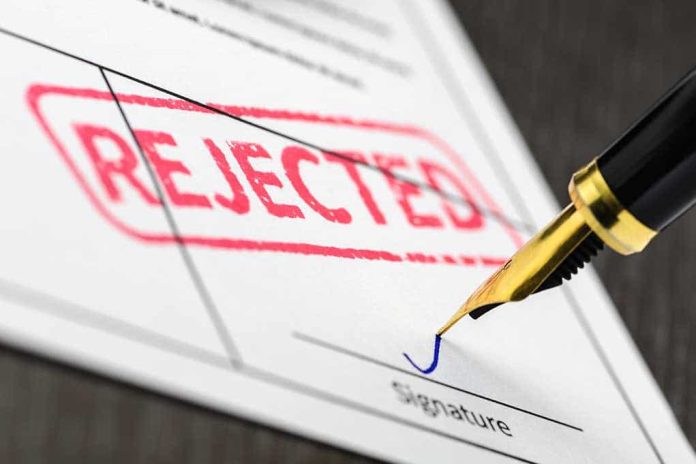 (RepublicanReport.org) – The Senate filibuster has been a major talking point over the last year. With the Senate evenly split between Democrats and Republicans, Liberals have frequently found it impossible to reach the 60-vote threshold they need to pass legislation. Senate Majority Leader Chuck Schumer (D-NY) recently hatched a plan to circumvent it, but the opposition of moderate Democrats is likely to thwart it.

Schumer wants to create a one-time carve-out to pass a Liberal-led voting rights package. However, Senators Joe Manchin (D-WV) and Kyrsten Sinema (D-AZ), who both have frequently opposed the core of their party on critical matters over the last year, indicated they wouldn’t support such a move. Sinema has categorically stated she will not support any major filibuster alterations, while Manchin says he would want the backing of Republicans before considering a substantial change to Senate rules.

As conservative commentator Ben Shapiro points out in the tweet below, Manchin and Sinema likely have selfish reasons for opposing the dismantling of the filibuster. Without it, they, rather than GOP senators, would have the deciding votes in every significant legislative dispute.

Joe Manchin and Kyrsten Sinema will not break the filibuster. It's the only thing protecting them. It keeps them from having to come to grips with the fact that their voting priorities are often out of line with either their state or their party.

It all makes for fascinating political theater. In any case, despite Chuck Schumer’s best efforts, it looks like the Senate filibuster is safe for now.