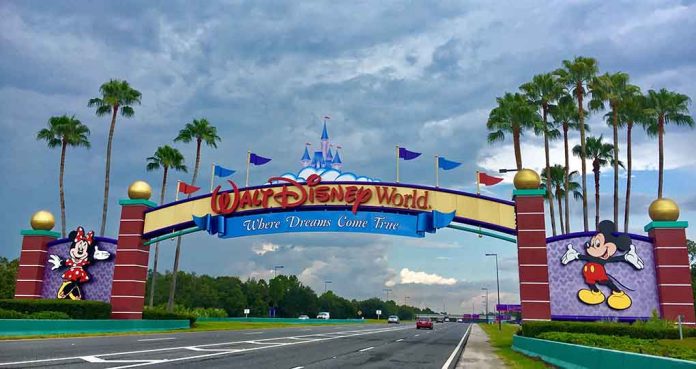 (RepublicanReport.org) – According to the authorities, Quashon Burton went on the run over a year ago after fraudulently obtaining around $150,000 in forgivable federal loans during the COVID-19 pandemic. In what was seemingly an incredible stroke of luck, Jeff Andre, a federal postal inspector who worked on Burton’s case, apprehended the suspect in Walt Disney World last month.

According to reports, Andre recognized Burton, who was on vacation, by a distinctive tattoo on his neck. The investigator alerted the Orange County Sheriff’s Office, and operatives there confirmed the suspect’s identity. He had entered the park using an alias.

Approximately an hour later, officers arrived on the scene to place Burton under arrest. He refused to comply with numerous requests for identification and resisted initial attempts by law enforcement to arrest him.

According to reports, the now-31-year-old used a series of false identities to take out loans under the PPP, ultimately obtaining about $150,000. He allegedly used the identities to purchase money orders from post offices in New York City using ATMs after he received notice the loans had been approved.

Burton is currently in custody, being held without bail as the court believes he poses too great a flight risk.