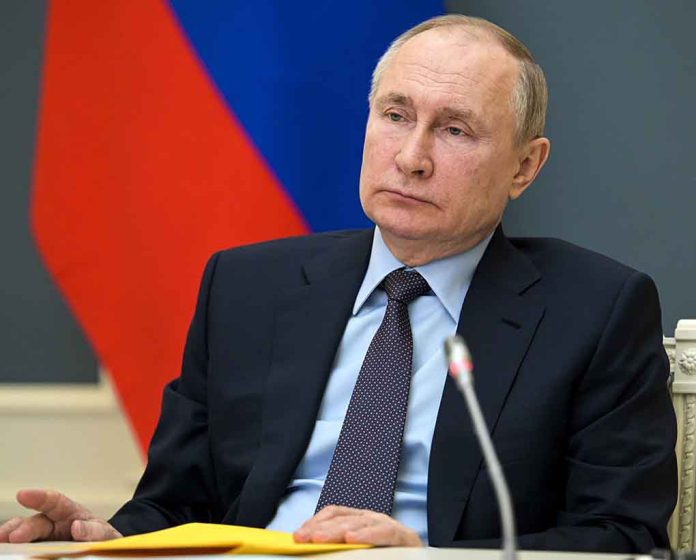 (RepublicanReport.org) – A majority of the developed world immediately condemned Russia’s invasion of Ukraine. Since its inception, the action continues to bring not only the typical destruction and collateral damage of war, but allegations of atrocities as well. US lawmakers from both parties now want to label the Russian government as a willing participant in terrorism.

“Putin has crossed every line of civilized norms during the war in Ukraine and years before,” Graham said.

Sen. @LindseyGrahamSC and @SenBlumenthal introduced a bi-partisan bill that would designate #Russia's government as a “state sponsor of terrorism.” https://t.co/UUyldfBHZx

On September 14, Senators Lindsey Graham (R-SC) and Richard Blumenthal (D-CT) introduced legislation that would designate Russia as a state sponsor of terrorism. The measure would open more doors for sanctions as well as the ability to sue the country in US courts for actions in Ukraine. In a press release, Blumenthal was quoted saying that through its actions, it has “earned the right to be among the club of pariah nations.”

The bipartisan pair of senators aren’t alone. House Speaker Nancy Pelosi (D-CA) is on the list of those who support the action. However, it may not be popular with the State Department. Some recent reports have suggested the State Department has been hesitant to embrace such a move due to the potential for consequences down the road.

Four nations, including Iran, North Korea, Syria, and Cuba, are currently recognized by the US as state sponsors of terrorism.