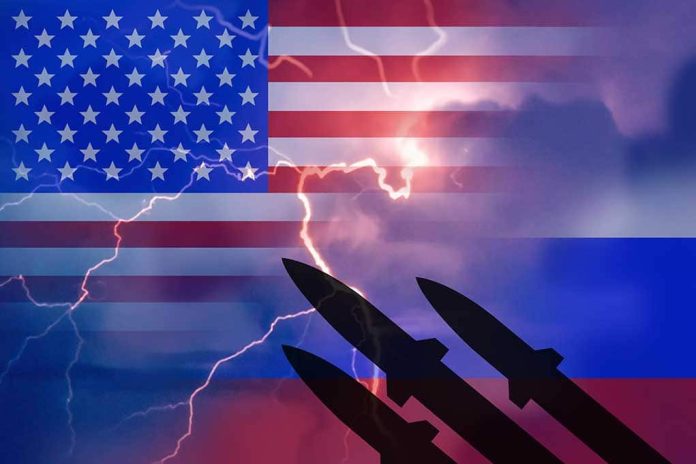 (RepublicanReport.org) – Foreign policy challenges are more dynamic in 2021 than they’ve ever been before in history. Now, Americans can’t just worry about the potential for engagement on land, in the air, or at sea anymore. There are countless other ways to disrupt national interests that don’t rely on military combat. A recent act from Russia gave us a worrying example of this.

On Monday, November 15, US officials confirmed Russia had fired an anti-satellite missile that caused a debris field in space. The launch destroyed an unused Soviet satellite called Kosmos-1408. The resulting debris field forced the astronauts on the International Space Station to seek shelter for a short time.

The stakes were high. There were around 1,500 pieces of debris that could’ve caused enormous damage to the space station had they collided with it, potentially killing all those on board.

"the astronauts living on board the International Space Station had to shelter in place this morning due to a cloud of space debris that seems to be passing by the station every 90 minutes, the time it takes for the ISS to orbit the Earth. " https://t.co/pCCf3Zzh8o

Unsurprisingly, US officials have been quick to condemn Russia’s actions. State Department spokesperson Ned Price described the launch as reckless and noted it would add to the risk space explorers on the International Space Station face going forward. Other efforts to venture into space may also be more hazardous now. Pentagon spokesman John Kirby criticized Russia’s failure to warn the US ahead of the test.