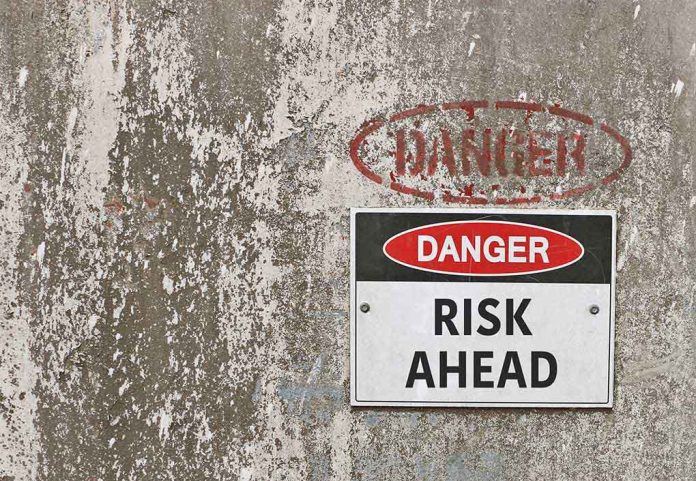 (RepublicanReport.org) – Since the Russian invasion of Ukraine last month, world leaders have had various serious concerns about the aftermath and what might result. One major worry has been the site of the Chernobyl nuclear disaster, which may still pose serious risks to human health across a large area. This week, it was reported that some of those fears may have been realized.

According to new reports, some of the Russian military personnel who overtook the Chernobyl site in February drove through a dangerous zone without the proper protective gear. Workers at the site said soldiers drove armored vehicles through the Red Forest, an area near the defunct plant where there are high levels of radiation. This created clouds of radioactive dust in the area.

According to the sources, the soldiers did not use any anti-radiation apparel. This oversight could have deadly consequences for them, as they would have inhaled radioactive dust that could cause major internal harm.

Russian soldiers who seized the site of the Chernobyl nuclear disaster drove their armored vehicles without radiation protection through a highly toxic zone called the ‘Red Forest,’ kicking up clouds of radioactive dust, workers at the site said https://t.co/Cn342E9E33 pic.twitter.com/tMdVRE3EGw

Ukrainian officials had previously noted radiation levels in the area had increased following the invasion. They claimed the cause was military vehicles disturbing the dirt, but there were no more precise details on the story until now.

The Kremlin has denied accusations its military activities in Ukraine are creating nuclear risks. However, some concerned leaders around the world have had doubts.