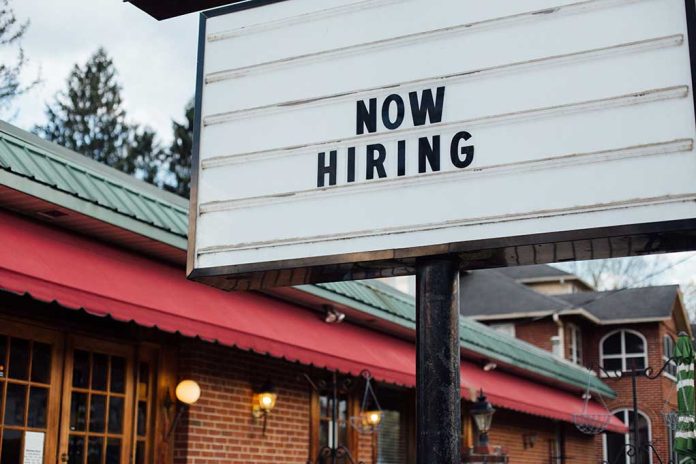 (RepublicanReport.org) – America has been bouncing back from pandemic-induced depression steadily over the last number of months. However, the figures for employment are highly troubling. There are plenty of job openings across the country, but businesses struggle to find workers to fill them. As of early June, 7.6 million fewer people are employed than before the pandemic.

Some commentators have opined that the Biden administration’s generous unemployment benefits have encouraged people to remain out of work, and the data appears to support that idea. On Wednesday, June 30, Axios reported on a new employment survey which found that, of the 10 million Americans currently unemployed, only 10% are “actively and urgently” seeking jobs. Senator Lindsey Graham (R-SC) warned that this is exactly what would happen if the government paid more unemployment benefits than people made by working.

There are around 10 million unemployed Americans and over 9 million open positions, but just 10% of job seekers say they're actively and urgently looking for work.https://t.co/01L3yUTTsW

As the report points out, Americans of working age have the “power to be choosy,” a relatively unprecedented development in our employment market. It’s not just employment benefits that are creating this situation, either. On June 29, the US Supreme Court decided to allow the CDC’s moratorium on evictions for nonpayment of rent to remain in place. This means landlords cannot remove tenants who fail to pay for their accommodations until the end of July.

When you think about it, it makes complete sense that some people don’t want to work. When they get free money from the government and don’t have to pay rent, why bother?