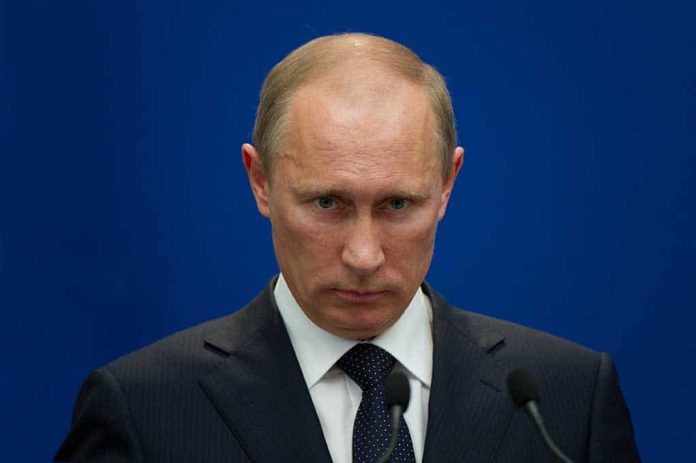 (RepublicanReport.org) – Tensions remain high over the possibility of imminent conflict between Russia and Ukraine. Negotiations aiming to avoid this outcome are ongoing, but the Kremlin’s demands are not of the type United States leaders are in a position to facilitate. The latest reports suggest Russia might be considering a provocation similar to one the USSR attempted during the Cold War in the 1960s.

There’s speculation Russian President Vladimir Putin has hinted at the possibility of moving his country’s nuclear weapons close to the coastline of the United States. Such a move would have drastic national security consequences, as it could reduce our post-launch warning time to as little as five minutes.

This situation is reminiscent of the Cuban Missile Crisis of 1962. During the disagreement between the US and Soviet governments, the latter moved missiles to Cuba for 13 days. This movement sparked widespread fear of imminent nuclear war.

Russian officials have hinted that if their security concerns aren’t addressed they could place nuclear weapons in sensitive places — perhaps near the U.S. coastline — potentially igniting a confrontation with echoes of the 1962 Cuban Missile Crisis. https://t.co/ja0ii3Gg8u

Then-President John F. Kennedy showed no hesitation in threatening to engage militarily with the Soviets if it became necessary. In 2021, the administration of President Joe Biden was pursuing a more diplomatic strategy, continuing to threaten economic sanctions if Russia didn’t play ball at the negotiating table.

Is it time the Biden administration took a tougher stance on this issue?