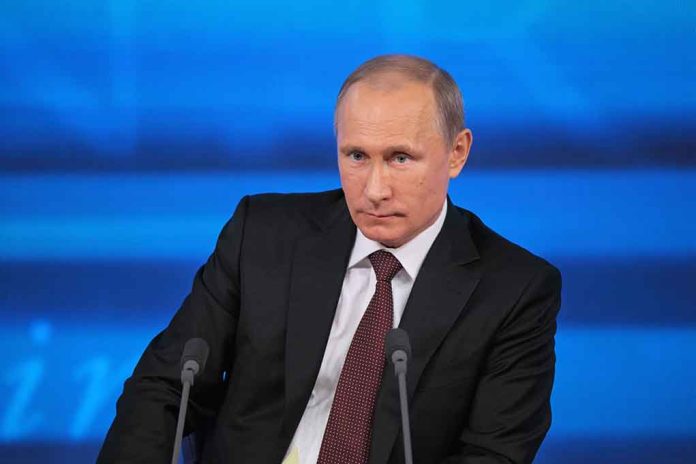 Putin Offers MASSIVE Award – You Won’t Believe What It’s For!

(RepublicanReport.org) – Russia’s invasion of Ukraine has put it under enormous pressure on many fronts. As the conflict continues to take its toll, pre-existing issues in the country have come under the microscope, including its steadily declining population. President Vladimir Putin just announced the revival of a Stalin-era incentive amid these population concerns.

The Russian leader has announced he’s bringing back the Mother Heroine award, paying one million rubles (over $16,000 USD) to women who have 10 or more children. The once-off grant will be payable on the first birthday of the 10th child, and all children must survive until this point for the award to be given.

A report from The New York Post states that one expert, Kristin Roth-Ey, said Putin may aim to foster a sense of nationalism with the award.

Do you think this attempt by Putin to bolster Russia’s population will bear fruit?