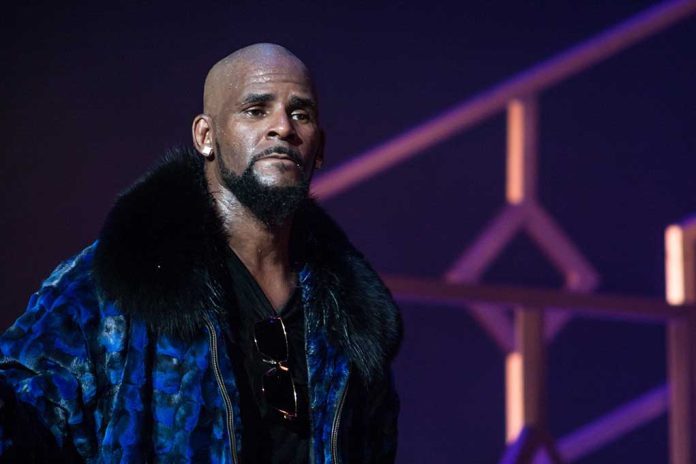 (RepublicanReport.org) – Prior to the shocking revelations about his sexual misconduct, R. Kelly was among the most recognizable and respected R&B artists in the world of music. Now a convicted sex offender, Kelly currently awaits sentencing, and prosecutors want him to spend decades behind bars for what he’s done.

A court filing from this week contains a request from federal prosecutors for the judge to hand down a custodial sentence of at least 25 years when deciding R. Kelly’s punishment. Kelly’s sentencing hearing is scheduled to take place on June 29.

According to the letter from the US Attorney’s Office for the Eastern District of New York, Kelly exploited his wealth and status to commit and hide his crimes for decades. The document also accused Kelly of showing total disregard for his many victims and opined he would go on to abuse more victims, including children, if he regained his freedom. Jennifer Bonjean, one of Kelly’s lawyers, has said she would push for a sentence of 14 years or less for her client.

Federal prosecutors say R. Kelly has “shown no remorse or respect for the law" https://t.co/5xhMTXpNH2

In addition to his conviction on federal charges, Kelly faces charges in Illinois, Minnesota, and Chicago.

Do you think R. Kelly should spend at least 25 years in prison for his crimes?