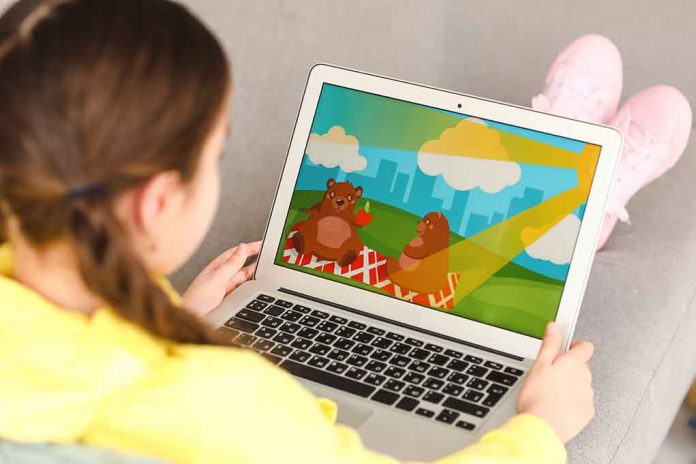 (RepublicanReport.org) – The last few years have brought a lot of controversy around the sexualization of children, particularly in terms of their gender identity. A growing number of Liberals believe it’s acceptable for children and teenagers to receive hormonal or surgical interventions for the purpose of “gender affirmation,” while right-wingers have strongly resisted this practice. Now, abortion provider Planned Parenthood has started promoting puberty-blocking drugs by using cartoon ads.

The video shared below discusses potential feelings of confusion about gender identity in children approaching puberty. Through the medium of animation with a voiceover, it stresses that “trans, intersex, or nonbinary” children may not have a typical “puberty experience.”

The cartoon states that intersex children for whom puberty does not begin at a normal age can take “medicines… like hormone replacement therapy” to expedite the change. It then mentions surgery as a potential alternative.

The video then goes on to discuss puberty blockers which, it claims, act “like a stop sign” for hormonal changes in the body, restricting estrogen and testosterone and delaying changes like menstruation and the development of facial hair. The cartoon stresses that these drugs are “safe.”

The clip concludes by inviting confused kids to visit the Planned Parenthood website for further information.

Puberty blocker ad put out by Planned Parenthood, which tells children that they can get puberty blockers to “put their puberty on hold” pic.twitter.com/yjHXpevEMk

The Mayo Clinic website features a detailed rundown of the considerations associated with the use of puberty blockers by youths. It notes choosing to use the drugs is a “big step.” However, it also posits that the natural onset of changes during puberty can cause “intense distress” for children who identify as trans or gender-nonconforming.

It notes the most common medications used for the purpose of gender affirmation in young people are based on analogs of the gonadotropin-releasing hormone (GnRH). These inhibit changes like the development of facial hair, genital growth, and the deepening of the voice.

The Mayo Clinic claims gender dysphoria beginning in childhood and progressing throughout puberty does not normally go away in adulthood. However, it also states medical intervention in isolation is not a reliably effective treatment for the condition. It stresses parents or guardians must allow the administration of puberty-blocking drugs where children have not reached the age of medical consent.

In the case of GnRH analogs specifically, the article claims the “normal progression” of puberty can continue after a patient stops taking the drugs.

Do you think puberty blockers or other similar interventions are appropriate for children and teenagers with gender dysphoria?