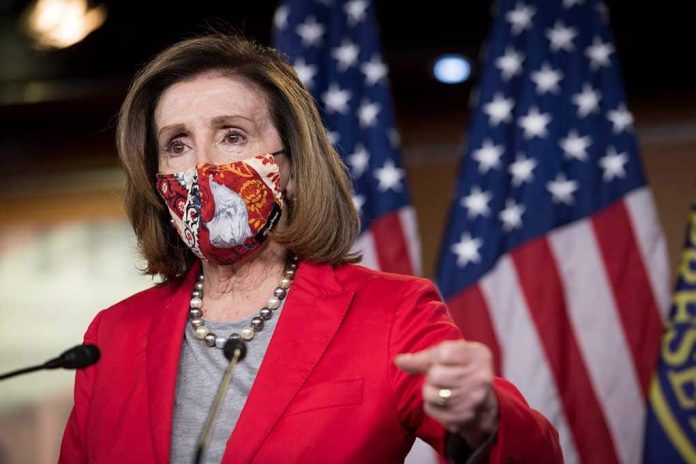 (RepublicanReport.org) – State and local tax (SALT) deductions are quickly becoming a major bone of contention in Washington, DC. The allowances give people in high-tax states a break when it comes to their federal tax burdens. This tax break tends to benefit taxpayers in wealthy, Democrat-run states the most. The $1.75-trillion “Build Back Better” bill that House Democrats passed on November 19 contains a provision that would significantly raise the cap on SALT deductions for the next ten years.

House Speaker Nancy Pelosi (D-CA) defended this policy during a recent press conference. She rejected the idea that the measure just offered tax cuts for millionaires, suggesting instead that it would inject life into local economies and improve the standard of services across the country and was “for the people.”

The Democrats’ tax cuts for the mega-rich in high tax blue states (like Nancy Pelosi) by raising the SALT deduction cap is the single most expensive part of their Build Back Broke act.

Republicans have disagreed with this viewpoint, but it’s not just Conservatives who are concerned. The Washington Post, a liberal media giant, published a report on November 16 noting who really benefits from tax breaks, and it’s not the average citizen. The money spent on tax breaks could, for example, almost fund home-medical services for elderly and disabled people twice over.

Other Democratic politicians are unsure about the removal of the cap as well. Rep. Jared Golden (D-ME), who voted against the House measure, highlighted that it would benefit the wealthy far more than the underprivileged.