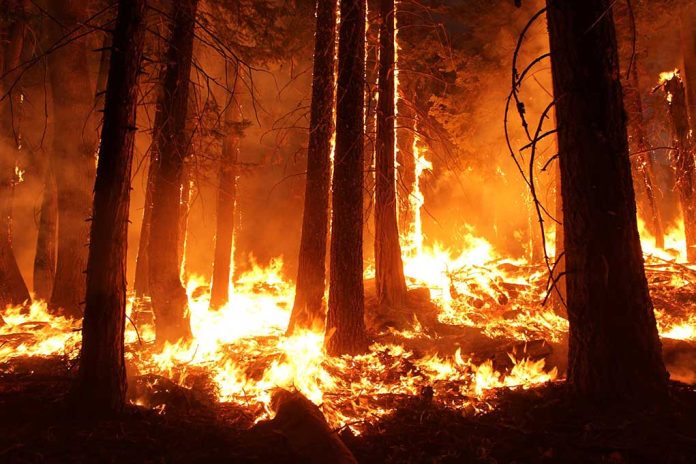 (RepublicanReport.org) – In the summer of 2020, wildfires in the Western United States set a series of tragic records. Millions of acres of land burned and dozens of people lost their lives. In recent weeks, a similar story has been playing out in the state of New Mexico.

The Hermits Peak-Calf Canyon wildfire has burned hundreds of homes and close to 300,000 acres of land over the last five weeks, according to a Fox News report from May 16. Experts have now confirmed it as the largest wildfire in the history of the state of New Mexico.

New Mexico's Calf Canyon wildfire is now the largest blaze in state history, and it's expected to grow today with a red flag warning in effect. Tough week ahead with heat, high winds too. https://t.co/BF0xYoIpNV

Firefighters have had some success in their efforts to get the blaze under control, but conditions in the area have made things difficult. Low humidity, high temperatures, and steep terrain have all made the jobs of the fire officials harder on the ground. The wind has also posed issues, as scooper planes have been unable to take to the skies at certain times. Approximately 2,000 firefighters are currently engaged in the effort to stop the fire from its rapid spread.

Conditions got particularly bad toward the end of April when the Calf Canyon Fire merged with the Hermits Peak Fire, which began as a prescribed burn and got out of control due to high winds.