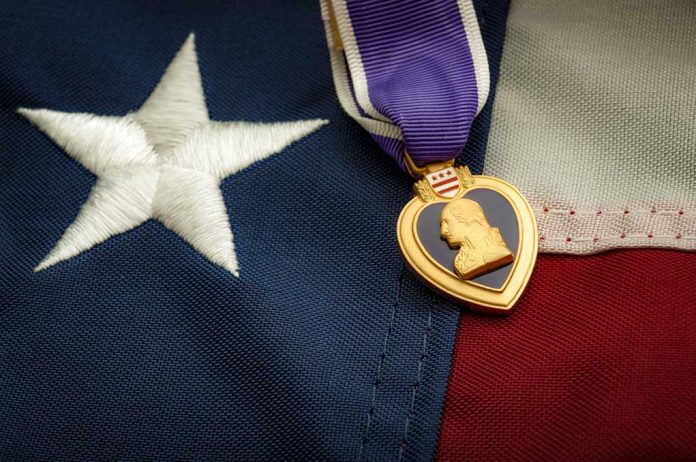 (RepublicanReport.org) – The US was rocked last month as news broke of the 13 American military service members who lost their lives following an ISIS-K suicide bomb attack in Kabul. The incident also claimed the lives of an unconfirmed number of at least 90 Afghan civilians. Hospital Corpsman Maxton “Max” W. Soviak (22) was one of the 13 Americans; now, he’s receiving posthumous awards for his service.

On Tuesday, September 7, the Navy announced that Soviak would receive the Purple Heart medal. This award goes to servicemembers who die or suffer injuries from enemy attacks while in active service and is the oldest award that the military still grants to its members.

Soviak also received the rank of petty officer 3rd class and an award of the Fleet Marine Force Corpsman warfare badge following his death. The Navy praised Soviak for his “brave actions in support of fellow service members” while announcing these honors.

Hospital Corpsman Maxton “Max” W. Soviak was given the rank of petty officer 3rd class and awarded the Purple Heart and Fleet Marine Force Corpsman warfare badge “as a result of his brave actions in support of fellow service members,” the @USNavy said.https://t.co/yZ51AXm5yo

Maxton Soviak hailed from Berlin Heights, Ohio, and had been in the Navy since September 2017. He served in the 1st Marine Regiment, 1st Marine Division, when the attack on Hamid Karzai Airport took place. Those who knew Soviak said he was a good-humored person who was proud of the community and his place in the military.