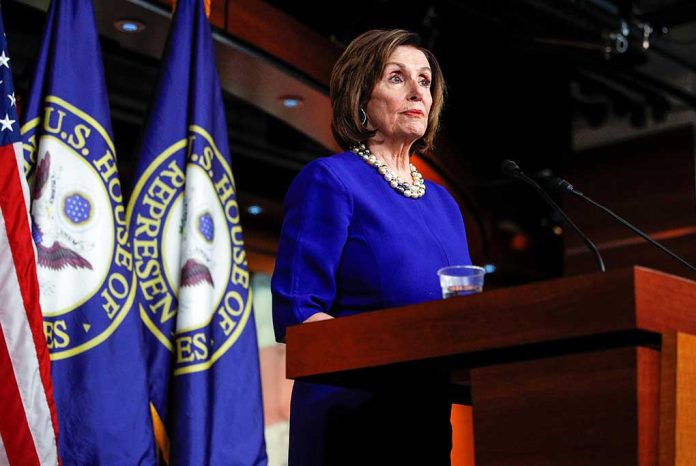 (RepublicanReport.org) – Tulsi Gabbard is a former Democratic politician and veteran of the Iraq war. Since retiring from the presidential race in 2020, she has increasingly leaned conservative on certain key issues; and has now left the Democratic Party. She recently appeared on the “Joe Rogan Experience” podcast and shared her views on House Speaker Nancy Pelosi (D-CA) and her husband, Paul Pelosi’s stock trading practices.

In the clip below, Rogan and Gabbard strongly criticize the couple’s history of making stock trades close to Congressional votes affecting the fortunes of their investments. The podcast host went so far as to accuse the Democratic leader of “insider trading.” Gabbard highlighted Nancy Pelosi’s especially privileged position as Speaker, noting that nothing happens on any House committee without her knowledge and approval.

The pair also discussed the Combatting Financial Conflicts of Interest in Government Act, of which Speaker Pelosi is a sponsor. Gabbard noted Pelosi was against bringing the bill to a vote because of concerns it would not have the required support. The former Congresswoman opined this was an excuse from the California Democrat, stating it’s her job as Speaker to find support for legislation she wants to pass.

Do you agree with Tulsi Gabbard and Joe Rogan’s statements?