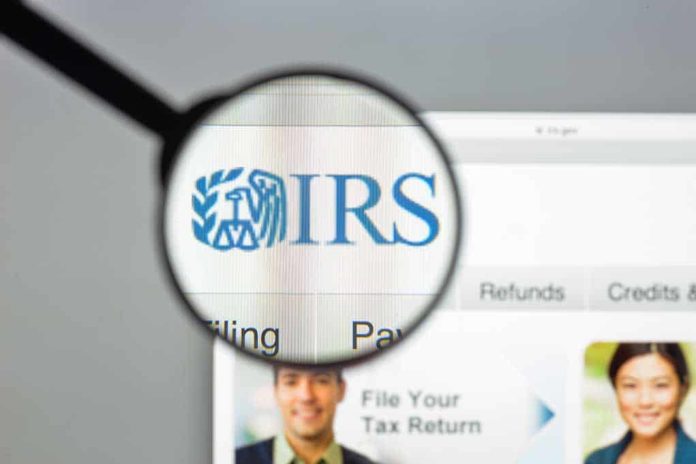 (RepublicanReport.org) – A new Biden administration proposal involving the IRS has come to light In recent weeks. It’s worrisome because it calls for the government to pass a law forcing banks to report all transactions involving accounts with more than $600 to the IRS. The idea has been controversial, to say the least, but it now has a new high-profile advocate: Treasury Secretary Janet Yellen.

Yellen recently jumped to the defense of the proposed scheme, claiming it would not involve spying on everyday Americans as some have suggested. Instead, the Treasury secretary contends, it would prevent the ultra-rich from cheating on their taxes. Yellen claimed the proposal would not lead to the observation of transactions on the accounts of ordinary individuals. You can see a snippet from her interview with Norah O’Donnell on CBS in the tweet below.

“There’s a lot of tax fraud and cheating that’s going on.” Treasury @SecYellen tells @NorahODonnell the proposed $600 IRS reporting requirement for banks is “absolutely not” a way for the government to peek into American’s pocketbooks but to hold billionaires accountable. pic.twitter.com/M3VKOhdtSu

The reporting measure would allegedly serve to combat the risk of tax fraud by account holders. However, many analysts have pointed out that it poses serious threats to the American public regarding data protection. Some lawmakers have proposed that the minimum threshold for reporting should be $10,000 rather than $600 to ensure ordinary taxpayers enjoy some protection.

No one wants to see billionaires cheating on their tax returns with impunity. However, the cure may be worse than the disease in this instance.