(RepublicanReport.com) – The debate about inheritance tax has raged for years. Conservatives tend to see it as a punishment of success and an unfair intrusion on the right to peaceful enjoyment of wealth and property. GOP representatives have made numerous attempts to do away with or modify it over the years, but the levy remains.

The latest of these efforts came from Senators John Thune (R-SD) and John Kennedy (R-LA) this week. On Tuesday, March 9, the pair introduced a bill entitled the “Death Tax Repeal Act of 2021,” with the endorsement of Senate Minority Leader Mitch McConnell (R-KY). The proposal would eliminate federal inheritance taxes, which can rise as high as 40% for amounts in excess of $11.7 million.

Why the Death Tax Is Unfair

As Thune and Kennedy explain, the death tax can be crippling for farmers and ranchers. Large agricultural businesses often stay in families for many years, and this charge makes it more difficult to pass operations from one generation to the next. Also, large agricultural operations are huge employers in rural states, meaning these states are disproportionately affected.

A bipartisan effort has also seen the bill introduced in the House. Rep. Sanford Bishop (D-GA) is the only Democrat in Congress to support the proposal; he introduced it alongside Rep. Jason Smith (R-MO).

Proponents of estate taxes have denounced the bill, stating it simply represents favorable treatment for the rich. This isn’t always an accurate reflection of the truth, however. In some cases, those who receive farms through wills are forced to liquidate assets in order to pay the tax, potentially jeopardizing their livelihoods.

Given the liberal majority in both chambers of Congress, and the current Democratic preference for tax-and-spend measures, this bill is all but certain to fail. However, it will serve to keep the conversation alive around a taxation policy that’s left Conservatives disgruntled for decades. 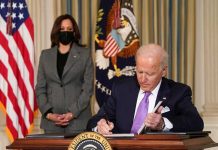