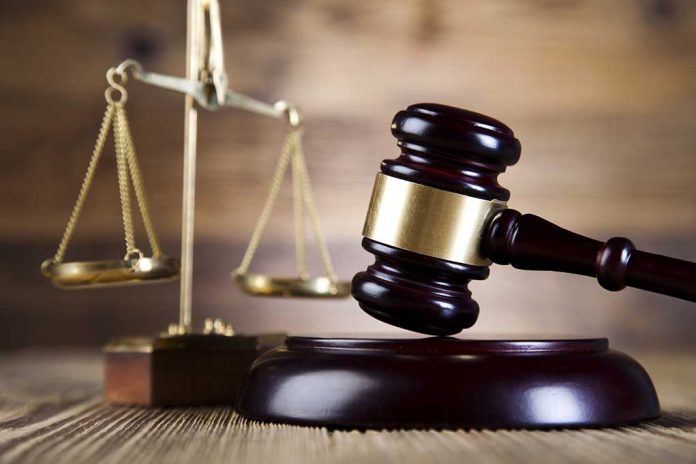 (RepublicanReport.org) – Kelsey Turner was a model whose career included appearances in publications like Maxim and Playboy Italia. However, modeling wasn’t the only way in which she provided for herself and her young child. At some point, she ended up in a relationship with a man named Dr. Thomas Burchard, a much older man who provided money and other forms of material support to the young woman. Shockingly, Dr. Burchard met a violent end at the hands of Turner and her boyfriend in 2019. A court has now handed down a sentence in the former model’s case.

Turner accepted a plea deal under which she submitted an Alford plea. This allows a defendant to accept the consequences of a guilty verdict, but still maintain their innocence and not admit to any wrongdoing. The court decided the former model will spend between 10 and 25 years behind bars.

Former Playboy model #KelseyTurner was sentenced for her role in the 2019 murder of Dr. Thomas Burchard. Turner received a maximum sentence of 25 years with a minimum sentence of 10 years before she is eligible for parole. pic.twitter.com/7McBOkZ3B9

The court heard that Turner and her partner, Jon “Logan” Kennison, beat the 71-year-old psychiatrist to death with a baseball bat. The pair then left Dr. Burchard’s remains in a car he had bought for the model to use. They drove it into the desert and abandoned it there. Then, Kennison and Turner fled the scene along with their roommate, Diana Pena.

Pena also helped the two murderers clean up the crime scene following Burchard’s violent death. However, she later helped investigators in their efforts to build a case against Kennison and Turner, and also took the stand in the case against them. Pena pleaded guilty to accessory to murder for her role in what happened.

Kennison pleaded guilty to the charges he faced in July of last year: conspiracy to commit murder and second-degree murder with a deadly weapon. His sentence was heavier than Turner’s. He’s set to spend between 18 and 45 years behind bars.