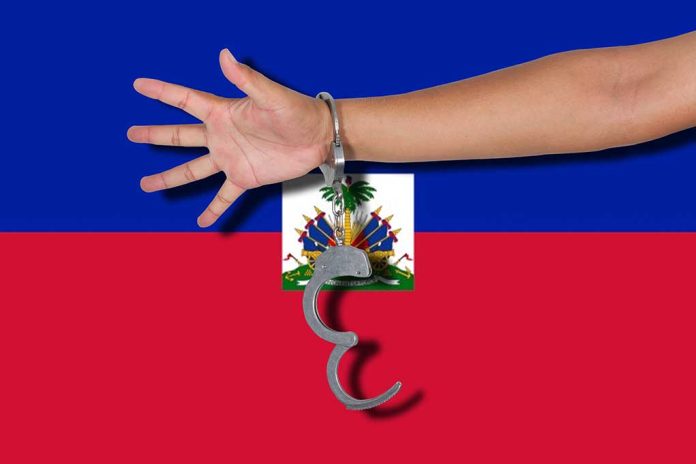 (RepublicanReport.org) – Last July, the world reeled in shock as it learned of the death of Haitian President Jovenel Moïse in his home at the hands of assassins. The president’s death came amid a fraught time for the nation, as political instability and natural disasters made life incredibly difficult for residents. Now, an explosive new revelation about the case has emerged.

On Monday, May 9, the US Department of Justice (DOJ) announced a Haiti native had been extradited from Jamaica to the US to face federal charges related to Moïse’s death. The DOJ press release revealed that former Haitian Senator John Joel Joseph (51) stands accused of conspiring to commit kidnapping or murder outside the United States, as well as a charge of “providing material support resulting in death.”

Joseph Joel John was also charged with giving material support resulting in death, knowing or intending that such material support would be used to prepare for or carry out the murder or kidnapping.#Haiti pic.twitter.com/oBVIpsbGiX

The complaint against Joseph alleges that he and a number of co-conspirators initially plotted to kidnap the president, but the plot developed into a murder conspiracy. He’s the third individual to be charged in the United States in relation to this violent crime.

According to a May 10 report on the case from CBS News, if Joseph is convicted of the charges against him, he will face a maximum sentence of life imprisonment.