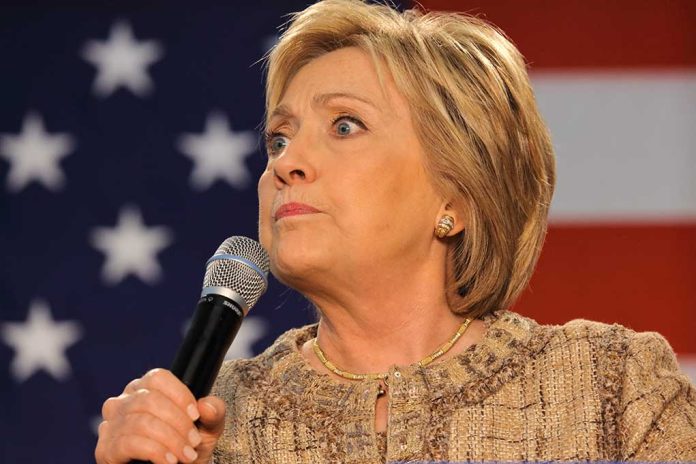 (RepublicanReport.org) – The controversy surrounding “Russiagate” has been ongoing for years. During the 2016 presidential bid, Hillary Clinton’s use of unsecured email servers emerged, creating quite the scandal, especially pertaining to national security. Now, it appears the entire Russia collusion conspiracy may have been a plot devised by Clinton herself to detract from the email scandal. According to recent reports, multiple people stand to be indicted over the scheme.

On February 11, Special Counsel John Durham filed court documents with the bombshell claim that Clinton’s campaign intended to create a fake scandal while former President Donald Trump was campaigning for office. Clinton’s campaign hired an outside firm to target the Trump Tower. In addition, White House computer servers were also reportedly targeted while Trump was in office.

🚨 Shocking new details coming from Durham: They spied on Trump WHILE he was President.

A recent declassified CIA memo allegedly states Clinton approved “of a plan concerning US presidential candidate Donald Trump and Russian hackers” to help distract the public from her own email scandal.

According to former Director of National Intelligence, John Ratcliffe, this information is enough to hand down multiple indictments. Speaking to Fox News Digital, Ratcliffe said the investigation uncovered a plan to lob false accusations, which John Brennan revealed to former President Barack Obama in 2016. Durham, he says, is still investigating, and there are likely to be several more issues that pop up, warranting a closer look.

Upon hearing the news, Trump sent out a short message saying he was proven right.