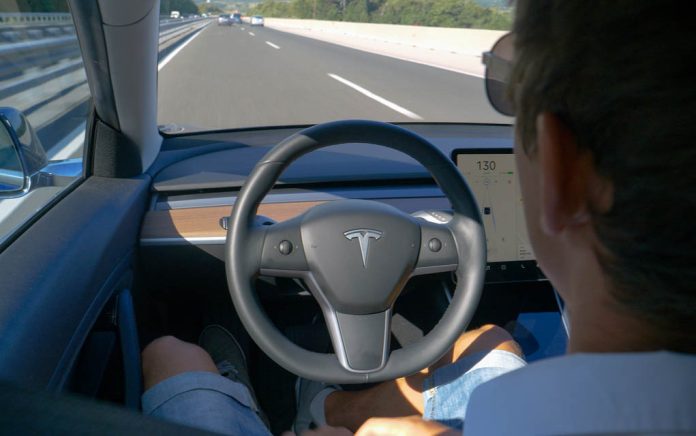 (RepublicanReport.org) – Electric car giant Tesla has been plagued by a series of controversies in recent months. Previously a stock market darling, its share value plunged by a staggering 65% over the 12 months of 2022. Its divisive CEO Elon Musk has been in the headlines consistently in recent times because of his buyout of social media platform Twitter, with many people stating his influence has been negative for the company. In addition to these issues, one of the company’s vehicles was recently involved in an incident that almost ended in tragedy.

According to police and media reports, emergency services near San Francisco in California were called to the scene of a crash where a Tesla carrying a driver and three passengers plunged off a cliff. When California Highway Patrol (CHP) operatives arrived on the scene, they discovered, to their surprise, all four individuals in the vehicle were alive. However, all had suffered significant injuries and were hospitalized after first responders arrived on the scene.

Because the car involved was a Tesla, there was initially some suspicion the car’s self-driving functions may have been at fault for the incident. However, after looking at the evidence available at the scene, investigators deduced the driver, Dharmesh A. Patel, reportedly drove off the cliff intentionally. The police arrested Patel, who reportedly resides in Pasadena, and he’s now looking at charges of child abuse and attempted murder.

The media has not revealed whether the three passengers were related to Patel, though reports have stated two were children and the other was an adult.

According to witnesses who saw the car fall, it would have plummeted around 250 feet before landing on the rocky ground next to the sea. The cliff is known as the “Devil’s Slide.” According to Brian Pottenger, who serves as a battalion chief for Coastside Fire Protection District, the authorities regularly have to respond to cars that have fallen from cliffs in the area. Generally, Pottenger said, those who suffer the falls lose their lives. He added it was miraculous to find all four inhabitants of this Tesla alive upon arrival at the scene on Monday.

In order to rescue the four individuals, firefighters were forced to rappel down the cliff. Another officer was lowered from a rescue helicopter. Weather conditions made matters worse, with wind and rain hampering attempts to get the four passengers to safety.

What do you think an appropriate punishment would be for Dharmesh A. Patel, if the courts find him guilty of the charges he’s facing?