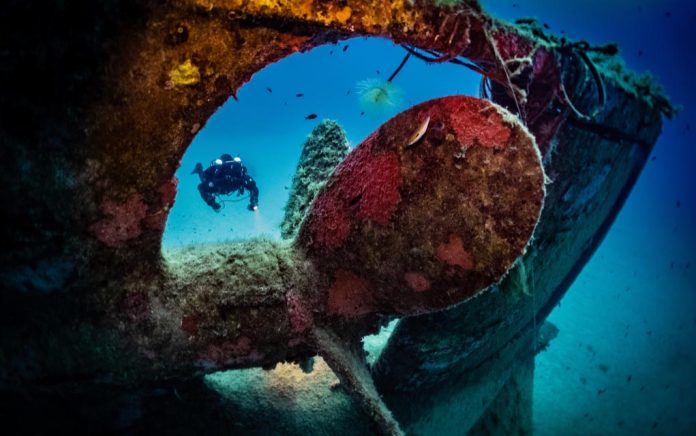 (RepublicanReport.org) – The USS Samuel B. Roberts was sunk by the Japanese in the Philippines during the Battle of Samar during World War II in 1944. Often referred to as the “Sammy B,” the vessel was in operation for just a few months before it met its end. The wreck of the destroyer was never discovered following its destruction — until now.

Victor Vescovo, a private explorer, investor, and retired Navy commander, led a crew to find the shipwreck. After they successfully did so, the discovery reportedly now holds the record for the deepest shipwreck ever found at 22,621 feet (6,985 meters).

With sonar specialist Jeremie Morizet, I piloted the submersible Limiting Factor to the wreck of the Samuel B. Roberts (DE 413). Resting at 6,895 meters, it is now the deepest shipwreck ever located and surveyed. It was indeed the "destroyer escort that fought like a battleship." pic.twitter.com/VjNVERdTxh

Vescovo’s team found the wreck lying in two pieces on an underwater slope. A Fox News report from June 28 said the explorer also held the previous record for the deepest shipwreck discovery prior to this mission, having located the USS Johnston in the Philippine Sea last year, 1,400 feet closer to the surface.

According to a statement from the US Navy confirming the discovery as genuine, the shipwreck now officially belongs to the military. As such, no private individual has the authority to disturb it, and anyone who does could face criminal penalties as well as civil liability for any damages. Naval History and Heritage Command Director Samuel Cox called the shipwreck a “hallowed war grave.”