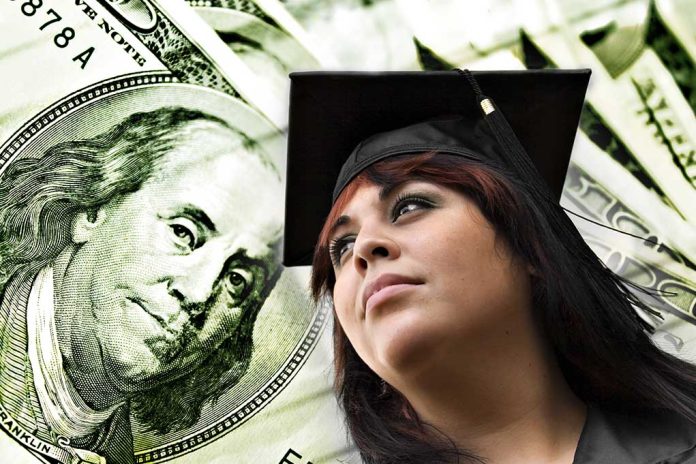 (RepublicanReport.org) – One of the longest-running debates in Washington, DC right now is the one around student debt and whether taxpayers should step in to cancel it. Some leaders believe it’s a good idea because it would assist students and graduates struggling to repay what are often massive loans, particularly when those individuals did not manage to secure a high-paying job after college. However, on the other side of the debate are those who think it would be unfair to saddle taxpayers with this burden, as any student who’s in debt got into the situation by choice.

Senator Elizabeth Warren (D-MA) is one of the highest-profile advocates of student debt relief. In fact, she thinks it might be the saving grace of President Joe Biden’s troubled record in the White House.

On Tuesday, January 18, Senator Warren appeared on CBS to discuss Joe Biden’s flagging performance in the polls. She discussed the reasons for this poor performance and where she thought the president might be able to fix things ahead of the upcoming midterm elections.

One move Warren believes Biden should make is to cancel student debt via executive order. She stated that getting rid of the burden for students, graduates, and college dropouts would promote equality between the races. The senator pointed out students from African-American backgrounds tend to borrow more before and during their college educations. She also said it would be an especially welcome source of relief for students who incurred considerable debt but did not manage to graduate from college. Warren suggested canceling student debt could help as many as 43 million Americans.

You can see the exchange for yourself in the video in the tweet below.

Though Democrats tend to back the idea more than Republicans, student debt relief is not a partisan issue. House Speaker Nancy Pelosi (D-CA) surprised some analysts last year when she stated President Biden didn’t have the authority to cancel debt unilaterally. As a result, she wouldn’t support a proposal for the federal government to relieve it.

Many fiscal conservatives oppose the idea of relieving student debt because they feel it would unfairly place the burden of payment on taxpayers who didn’t go to college themselves.

So, what do you think? Is student debt cancellation something we should consider, or is it just a ploy by Democrats to buy votes?