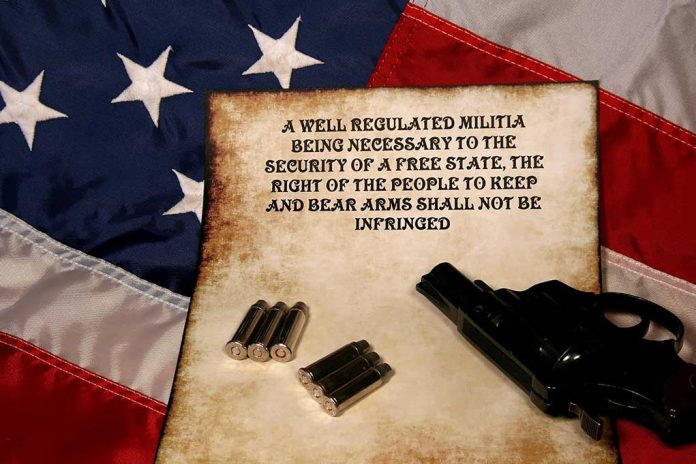 (RepublicanReport.org) – Since taking office, President Joe Biden has made his view on the Second Amendment very clear; he wants to limit it as much as possible. He tried to appoint an anti-gun figure in David Chipman to lead the ATF, and he also implemented a series of executive actions limiting gun rights near the start of his presidency. Now, one high-profile conservative is fighting back.

According to a report from Fox News Digital, Donald Trump, Jr. is setting up a new gun rights advocacy group called the Second Amendment Task Force. This is reportedly part of a broader effort by Trump to remain visible and promote conservative talking points leading up to the midterm elections later this year. The former president’s son plans to use his large platform to promote this group and protect the gun rights of ordinary Americans.

Trump Jr. was one of the chief opponents of David Chipman during his unsuccessful nomination to the leadership of the Bureau of Alcohol, Tobacco, Firearms, and Explosives (ATF). As a staunch advocate of gun rights, Trump Jr. has applauded people in Democratic-run cities with high crime rates for arming themselves in an effort to stay safe.

Do you think the Second Amendment Task Force will have the desired effect in terms of gun rights?