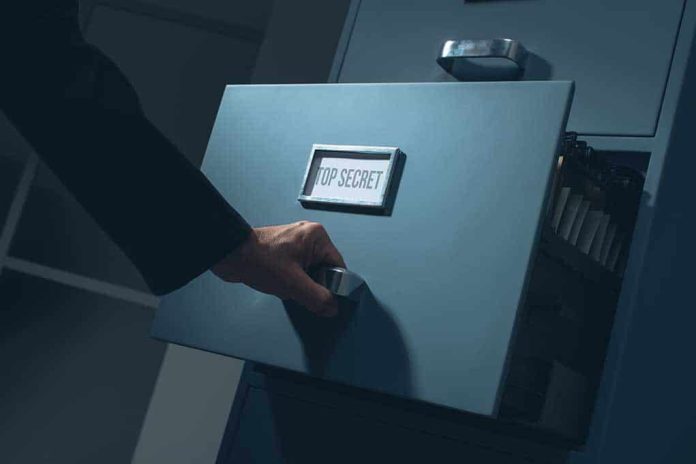 (RepublicanReport.org) – Governmental spying has long been a concern of Americans, who have been wary of agencies abusing their powers. Now, it seems like they actually have cause for concern, thanks to a heavily-redacted letter sent by two Democratic senators.

On April 13, 2021, Senators Ron Wyden (D-OR) and Martin Heinrich (D-NM) of the Senate Intelligence Committee penned a letter to the CIA seeking information about the agency’s alleged data-collecting operations on American citizens without Congress’ authorization. The redacted letter was just declassified on February 10.

Despite the CIA’s insistence that the program operates legally under Executive Order 12333, which former President Ronald Reagan signed in 1981, both Wyden and Heinrich expressed concerns about the scope of the information collected; when the surveillance took place, what boundaries it covered. Additionally, the Senators requested more information about whom the intelligence agency collected information.

Last Thursday, we learned that the CIA has been carrying out a bulk surveillance program that has crossed over to the domestic front — stretching, if not outright violating, the legal ban on the agency carrying out domestic operations. https://t.co/81AS71gGBC

It’s a fact that intelligence operations are necessary for counter-terrorism and national security measures. However, when these operations occur without even Congress knowing about them, it violates the public trust, particularly when one apparently violates guidelines set forth in the Foreign Intelligence Surveillance Act (FISA).

The CIA, in response, said it is committed to respecting the civil liberties and privacy of its citizens.

What do you think? Do you think the CIA should be more transparent in its operations?