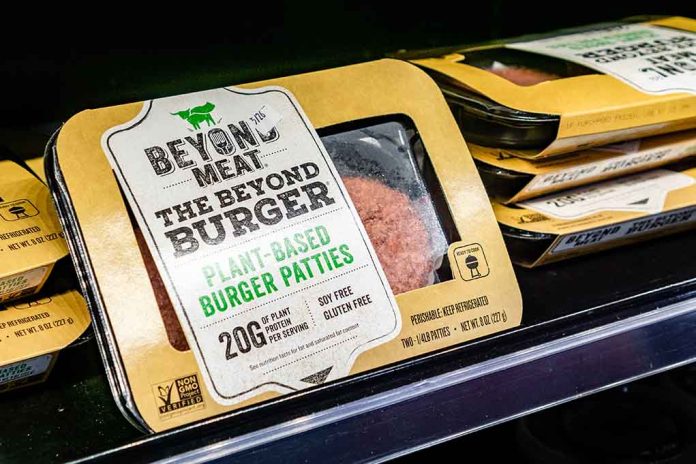 COO of Beyond Meat in Trouble After Allegedly Attacking Someone

(RepublicanReport.org) – Beyond Meat is a market leader in the meat alternatives sector. It produces vegan-friendly versions of popular animal food products, like burgers, jerky, sausage, ground beef, and more. The company is currently in the headlines for a reason entirely unrelated to its business, however. Its Chief Operating Officer (COO) Doug Ramsey was detained by police following an alleged biting incident in Arkansas.

According to reports, Ramsey was charged with third-degree battery and terroristic threatening after allegedly getting into an altercation with another man following a University of Arkansas football game. The police report on the incident states the Beyond Meat executive became angry when another driver made contact with his vehicle in a parking garage. Ramsey allegedly broke the back windshield of the other car with his fist before punching the driver repeatedly and biting his nose. He also reportedly threatened to murder the other driver.

Beyond Meat announced it suspended the COO indefinitely following the incident, and that senior vice president in charge of manufacturing operations Jonathan Nelson will take over the position temporarily. Ramsey had been in that position since December of last year — but according to a CNBC report, he previously had 30 years of experience working for Tyson Foods.