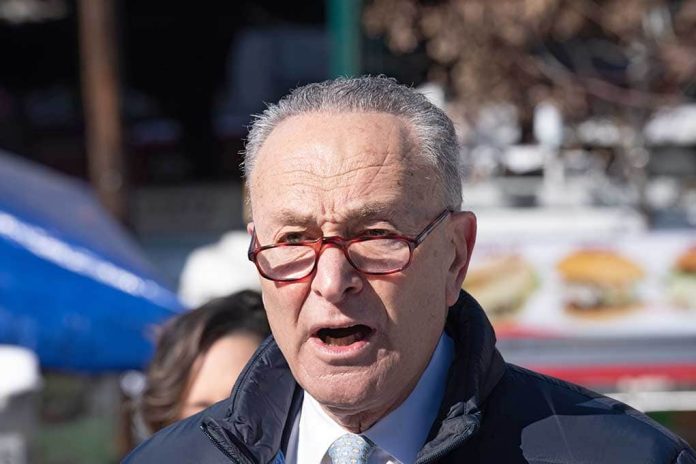 (RepublicanReport.org) – No matter what the media or liberal politicians throw at him, Donald Trump still holds a huge sway among voters. He hasn’t occupied a public office since departing from the White House earlier this year, but he’s still one of the most influential figures in the GOP. Unsurprisingly, this state of affairs has some Democrats furious.

On Monday, June 21, Senate Majority Leader Chuck Schumer (D-NY) railed against the former president on the Senate floor, bemoaning the level of influence Trump has retained. In a speech Red State described as a “hissy fit,” Schumer criticized the “news media” for playing its part in keeping Trump’s public persona alive.

Schumer went on to criticize the attempts at election reform occurring in states across the country. He suggested that Trump’s “big lie” about the election enticed states into making changes.

There are several obvious problems with what Schumer said, despite the fact he only spoke about Trump for about a minute. First, it’s laughable to suggest the media is responsible for helping Trump; even Fox News turned on him after the events of January 6. In addition, Schumer calls the theory that there was electoral fraud a “big lie,” despite the fact audits are ongoing in many voting centers across the country.

Of course, considerations like these rarely come into view when Democrats are writing their speeches.