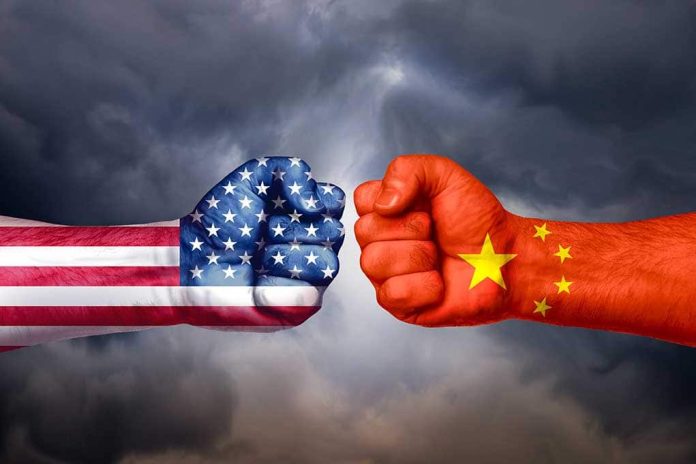 (RepublicanReport.org) – Vice President Kamala Harris has attracted increasingly fierce criticism in recent months for her mishandling of the border crisis, as well as her proneness to gaffes. However, she may be clawing her way back into America’s good graces with her fearless rhetoric in Southeast Asia this week.

On Wednesday, August 25, Harris criticized China’s aggression in the South China Sea during a speech in Hanoi, Vietnam. She said more “pressure… on Beijing” was necessary to push back on unwarranted Chinese claims over the territory. She added that Vietnam, which also claims some of the maritime areas, could expect support from the US in defending itself.

Harris also accused China of “bullying” and said its actions contravened the United Nations Convention on the Law of the Sea.

"We need to find ways to pressure, raise the pressure…on Beijing to abide by the United Nations Convention on the Law of the Sea, and to challenge its bullying and excessive maritime claims," says US VP Kamala Harris. https://t.co/8xhhKPyz75

China has not taken these slights lying down. After Harris’ remarks on Wednesday, the country’s foreign ministry released a statement accusing the US of meddling in international affairs.

However, given the stakes other Asian nations hold in the South China Sea, they’re more likely to side with America in this dispute. This may mark the beginning of a more assertive stance from the Biden administration when it comes to China, and if it is, it’s coming just in time.