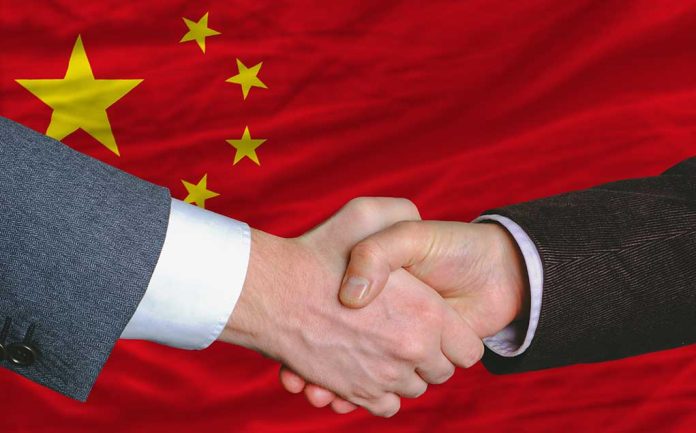 (RepublicanReport.org) – It’s no secret the values of the Chinese Communist Party (CCP) are wholly incompatible with those of average Americans. Politicians, particularly on the Conservative side of the aisle, often like to highlight this reality. However, according to a new book, many senior Republicans allegedly have much closer ties with China than they’d like to admit.

‘Red-Handed’:20 Republicans Elites Including The Bush Family, Mitt Romney and Mitch McConnell Sold Out to the Chinese Communistshttps://t.co/KMTmtMgXYd pic.twitter.com/iWBzqeXHnG

Among them is Senate Minority Leader Mitch McConnell (R-KY), who, the book alleges, is connected to China via his wife, Elaine Chao, who served as former President Donald Trump’s secretary of transportation. Chao’s father owns a large shipping business, and McConnell’s fortunes are therefore closely tied to America’s policies on China.

Former House Speaker John Boehner (R-OH) also comes up for discussion. The book claims he made many moves that benefited China during his time in office. When he left Congress in 2015, Boehner took a position with lobbying firm Squire Patton Boggs, which allegedly has close ties with China.