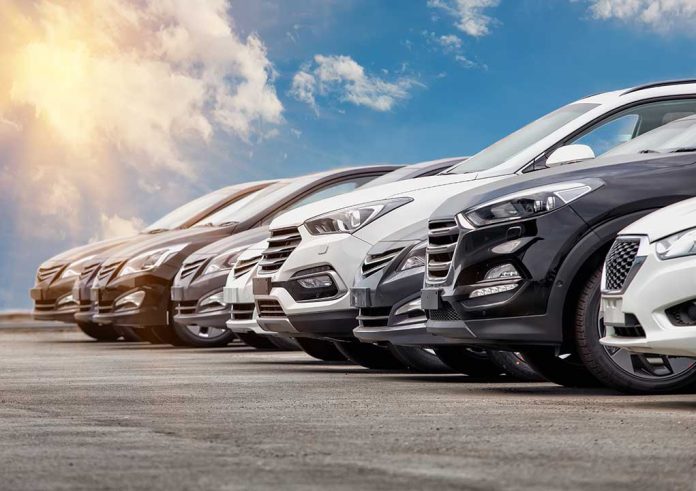 (RepublicanReport.org) – Since he entered the White House, one of President Joe Biden’s chief aims has been reducing carbon emissions. The president and his officials have been doing all they can to make the US a more environmentally friendly nation, such as the controversial decision to shut down work on the Keystone XL pipeline. Often, they pay little heed to competing interests, such as economic fallout or the cost to ordinary people in practical terms.

Now, it appears Biden’s about to go a step further. In a bid to further limit emissions and make life more difficult for the automotive industry, he’s going to change the way cars are built.

Anonymous sources within the Environmental Protection Agency (EPA) and Department of Transportation (DOT) report that Biden is reintroducing Obama-era vehicle mileage standards originally rolled back during the Trump administration. This forms one part of his strategy to convert 40% of American drivers to electric cars by 2030. The change could take effect as soon as next week.

Under the proposed standards, new cars entering the market from 2023 onward will have to improve mileage standards to reduce carbon emissions by at least 3.7%. The guidelines will become more stringent as time goes on, with stricter requirements becoming effective in 2025 and 2026.

No official from either the DOT or the EPA was willing to engage in a specific discussion about the new standards.

The shift might seem drastic, but it doesn’t go far enough for some. According to the Center for Biological Diversity, which wants more demanding standards put in place, “the stakes are too high to aim low.”

Even this supposedly low aim is going to cost a lot of money. One of Biden’s $1.9-trillion infrastructure proposal provisions would purchase 500,000 electric car charging stations for installation across the country. The administration also pledged to introduce tax incentives for drivers buying electric cars.

Carbon’s No Big Deal if You’re Worth Billions

A development that has set the online world ablaze with debate, billionaire entrepreneurs Richard Branson and Jeff Bezos recently made history by (separately) going to space in commercial rockets. The vessels they flew in emit approximately 100 times more CO2 per passenger than ordinary airplanes. Yet, this statistic has done little to dampen conversation around an emerging “space tourism” industry.

So, there you have it. If you have a bottomless pit of money, you can do all the damage you want to the environment. If you’re an ordinary American driving to work to support your family, though? Sorry, friend, Joe Biden is coming for you.