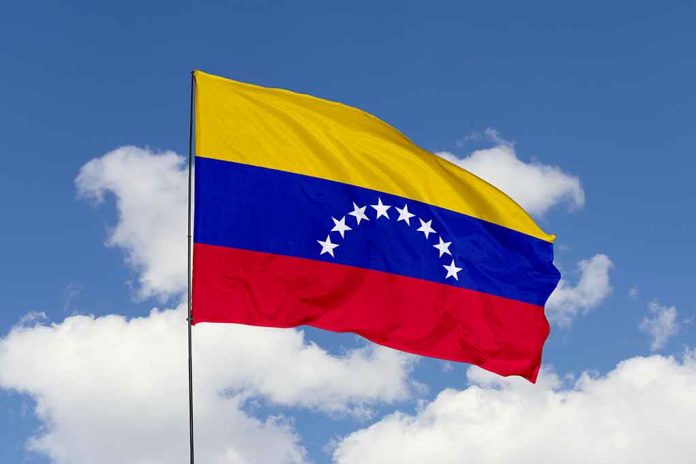 (RepublicanReport.org) – The escalating crisis in relation to energy costs has left our leaders with some very difficult decisions to make. Western leaders have been unwilling to support the Russian regime that chose to invade Ukraine, and have scrambled to find other ways to keep homes warm and cars running. Despite major issues with the way the country’s government operates, the Biden administration is allowing a major US oil firm to enter talks with Venezuela with a view to purchasing its oil.

Easing of Sanctions on Venezuela Expected

According to a report from The Washington Post, the Biden administration has lifted certain restrictions on Venezuela, allowing oil giant Chevron to engage with talks with Venezuela about potentially restarting oil production. Such activity has been banned because of the oppressive regime of Venezuelan President Nicolás Maduro.

Officials hope this easing of restrictions could help to facilitate a more productive relationship between Maduro’s extremist government and the US-backed Venezuelan opposition. According to a Reuters report on the story, Maduro is expected to enter talks with opposition leader Juan Guaidó as part of the deal with the Biden administration. However, the US reportedly has yet to make an official decision about whether to let Chevron start up operations in the Venezuela again.

Is This the Right Move?

US lawmakers from both sides of the political aisle have expressed doubts about whether this easing of pressure on Venezuela is the right thing to do. Senate Foreign Relations Committee Chair Robert Menendez (D-NJ) published a statement criticizing the Biden administration for giving Maduro “undeserved handouts” in return for “cheap talk.” The New Jersey Democrat was adamant the White House should have insisted on getting clear commitments from the Maduro regime before making concessions of this nature.

Senator Marco Rubio (R-FL) also criticized the Biden administration in a statement on his website, suggesting the move to appease Maduro was contrary to “democracy and human rights.”

Should We Be Looking at Domestic Production Options?

Since the beginning of his administration, Joe Biden has insisted on lowering America’s reliance on carbon-based fuels as much as possible. Part of this effort has involved restricting US-based oil and gas producers in various ways. At the very start of his presidency, Biden halted work on the Keystone XL pipeline and paused oil and gas leases on federal lands and waters. This came despite major pushback from Conservatives and industry leaders.

Moves like Biden’s reopening of talks with Venezuela suggest American dependence on fossil fuel isn’t going anywhere in the immediate future. With that in mind, would it make more sense to capitalize on our own stores of oil and gas than to do business with a dictatorial regime?