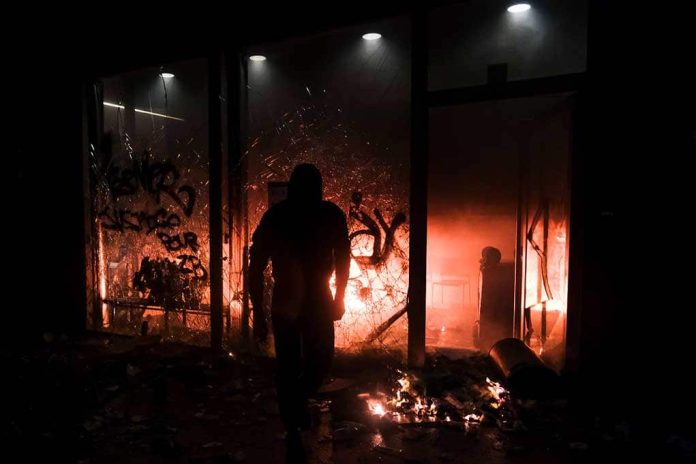 (RepublicanReport.org) – California has recently dealt with a wave of shoplifting and robberies. In one well-publicized instance, criminals used their cars to block access to a street while raiding a Nordstrom store in the Bay Area along with other high-end stores in the vicinity. Now, some analysts are questioning whether bail reform policies might be part of the problem.

Los Angeles County District Attorney George Gascón is a noted advocate of bail reform; he wants to end bail for many crime categories. Despite this stance, he maintains his intentions to hold the perpetrators of property theft crimes in his area accountable for their actions. The Los Angeles Police Department (LAPD) recently released 14 suspects connected to a spate of smash-and-grab robberies in the city under California’s lax bail policies.

Thanks to California's "zero bail" policy, 14 suspects in connection with 11 "smash and grab" robberies were recently released from custody by the LAPD.https://t.co/4Cb0jVVia6

That’s not all. Darrell Brooks, the suspect in the Waukesha tragedy in which five adults and one child lost their lives, was free on a $1,000 bond after he allegedly hit his ex-partner with the exact vehicle later used in Waukesha. Brooks also had a prior history of committing violent crimes and jumping bail.

How many more tragedies need to occur, and how many innocent people must suffer before Liberal leaders change their attitude toward bail policies?